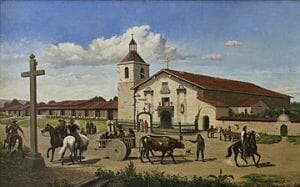 In 1777, Franciscan priests selected what is now known as the City of Santa Clara to establish Mission Santa Clara which was named after Saint Clare of Assisi, the sister of the better-known Saint Francis of Assisi. At that time, the Ohlone natives, previously known as Costanoans, would be brought to the Mission for compulsory baptism and conversion to Christianity. In 1936, control of the mission was taken from the Catholic Church and given to the civil commissioners. Santa Clara, incorporated in 1852, began as a humble town built around Mission Santa Clara with an economy centered on agricultural.

By the 1960s, an incredible transformation began with the emergence of the semiconductor industry. This transition and emergence of the technology industry has made Santa Clara the heart of Silicon Valley where some of the world’s largest businesses are headquartered.

The Silicon Valley Central Chamber’s roots go back to sometime before 1916 as a small, all-volunteer group of business leaders began to meet regularly to talk about the future of the region. Though information of those early days is scarce, a few news stories from the good works of Chamber members can be found throughout the mid to late 1910s. For example, on September 30, 1916, the California Cultivator newspaper reported that the Chamber adopted a formal resolution to support the issuance of a bond for road improvements. By 1939, they had organized Santa Clara Day at the Golden Gate Exposition in San Francisco.

The Santa Clara Chamber of Commerce was incorporated in State of California on May 23, 1947 after having been recognized by the Internal Revenue Service as an official not-for-profit. Thus, although the SVC Chamber has roots back to more than three decades before, we recognize our official start as 1947.

The purpose of the organization was specifically stated: 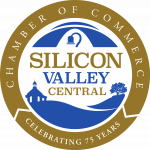 After over a century since our founding and 75 years since our incorporation, only one thing has significantly changed. On June 17, 2019, the Chamber officially changed its name to the Silicon Valley Central Chamber of Commerce (or SVC Chamber, for short).

The name change reflected a unanimous decision of the Board of Directors that the name of the organization should represent the true mission, operations, and territories that the SVC Chamber had been servicing for many years. The SVC Chamber was not representing only the City of Santa Clara but the much larger region of the County of Santa Clara and beyond – a region more affectionately and popularly called Silicon Valley.

(The normal term of a Board Chair is from July 1 to June 30 of the following year.)